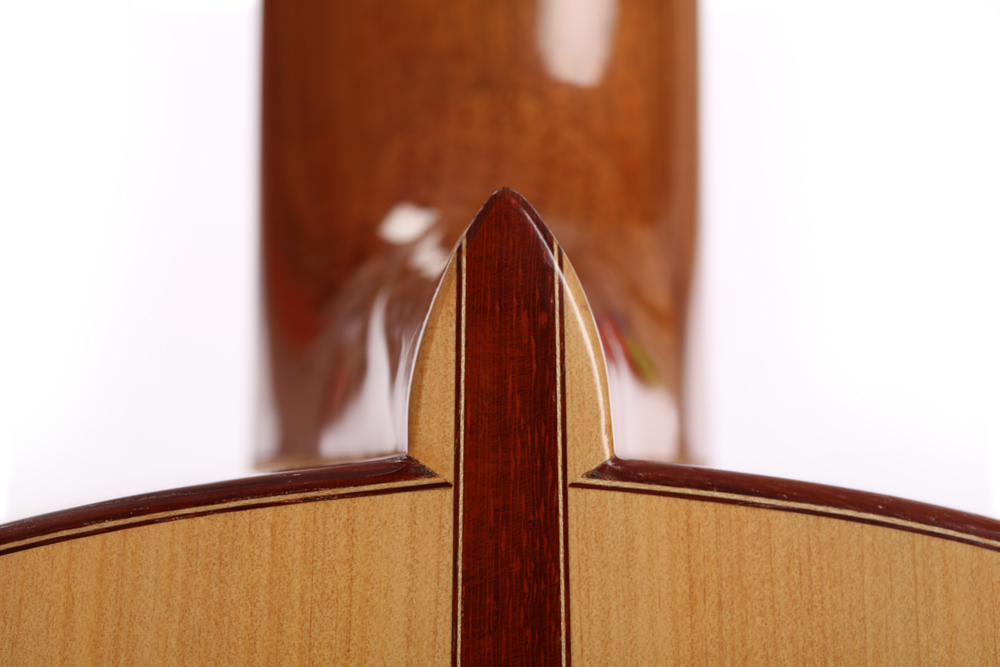 Back in the 90s I starated constructing a Unique Guitar made of Cypress and Coralwood. I thought about the pureness of the  cypress wood and the strength of the red flamenco coralwood.

At the moment I have a second-hand cypress-coralwood flamenco guitar, zero fret, constructed by me in 2006. I no longer construct zero-fet guitars, but, have to admit that it not just look, but also sounds very much flamenco. Price: 3,500

“The total quality of this flamenco guitar, the reputation of the maker and the rarity of this instrument…a tremendous concert level blanca for the most demanding flamenco guitarists. Top quality materials have been used to make this new blanca, body of 20 year dried cypress, top made from first grade cross silk German Spruce, fingerboard of Cameroon ebony, Honduras ceder neck,  rosewood bridge with mother pearl inlays and Hauser Fustero machine heads with snake wood pegs. Craftsmanship and French polish is of a very high level. Already brand new she is incredibly responsive to even the lightest touch, tone is simultaneously raspy, lyrical, loud and musical.”